The Government of Japan formulates the “Strategic Energy Plan” to show the direction of Japan’s energy policy. It is reviewed at least every 3 years in view of the latest energy situations at home and abroad, and revised if considered necessary. On October 22, the 6th “Strategic Energy Plan” was published. The energy situation has changed substantially since the last (5th) version was published in 2018. This article explains the policies put forward in the latest (6th) version based on the changes in the energy situation and challenges facing it.

There are 2 main themes in the 6th Strategic Energy Plan. One is how Japan will address climate change while efforts are accelerated globally to cope with this issue. It was announced in October 2020 that Japan aims to achieve carbon neutrality by 2050. Furthermore, in April 2021, the ambitious target of reducing greenhouse gas emissions in FY2030 by 46% (compared with FY2013 levels) and pursuing an even loftier goal of a 50% reduction was announced.

The other theme is how Japan will overcome challenges facing its energy supply/demand structure. The plan shows efforts to be made on the premise of S+3E (Safety + Energy security + Economic efficiency + Environmental sustainability) while advancing climate change countermeasures.

The Strategic Energy Plan is comprised of the 3 parts outlined below:

1. Progress in the past decade after the accident at TEPCO’s Fukushima Daiichi Nuclear Power Station

2. Responses to challenges toward achieving carbon neutrality by 2050

1. Progress in the past decade after the accident at TEPCO’s Fukushima Daiichi Nuclear Power Station

The experience of the accident that occurred 10 years ago and lessons it taught us must be remembered and reflected upon as the starting point of formulating Japan’s energy policy. First, we will improve the living environment in the specified reconstruction and revitalization base areas toward lifting the evacuation order. Then, efforts will also be made toward lifting evacuation orders on other areas so that residents with intention to return can do so over the 2020s. Furthermore, we will strengthen support for the reconstruction of Fukushima in the field of energy by accelerating efforts toward maximum introduction of renewable energy and public implementation of hydrogen based on the “Fukushima Plan for a New Energy Society.” 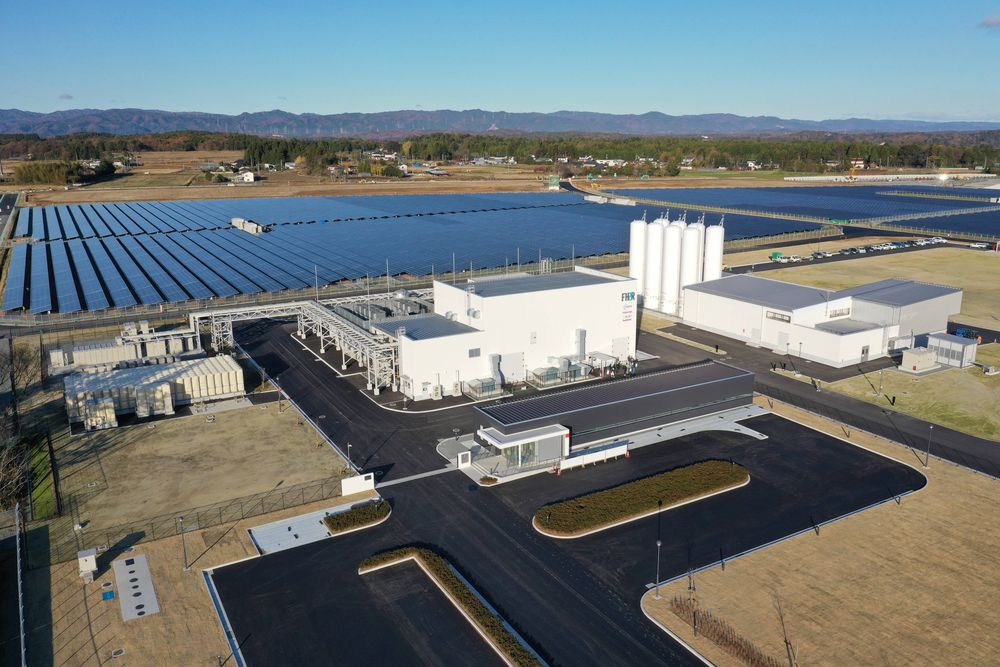 Regarding the decommissioning of TEPCO’s Fukushima Daiichi NPS, the government will stand at the forefront toward the completion of decommissioning measures by 2041-2051. Newly included in the latest Strategic Energy Plan is the method of disposing of ALPS-treated water, a policy on which was determined in April 2021. Our policy is that the water will be discharged into the sea in approximately 2 years based on permission by the Nuclear Regulation Authority, while taking thorough measures against adverse impacts on reputation.

2. Responses to challenges toward achieving carbon neutrality by 2050

Aiming to achieve carbon neutrality by 2050, it is important to make efforts in the energy sector, which accounts for more than 80% of greenhouse gas emissions. To achieve this goal will require all-out efforts by every layer of the nation including industry, consumers and the government.

In the power sector, while utilizing decarbonized power sources, which are already in practical use, such as renewables and nuclear power, we will promote further decarbonization by pursuing technological innovation in thermal power using hydrogen/ammonia, CCUS and carbon recycling.

In the non-power sector, electrification will be promoted by using decarbonized power. Hydrogen and synthetic fuels will be utilized to decarbonize the industrial sectors where high temperature procedures are a necessity, that are difficult to electrify.

There are some industries in which decarbonization is difficult unless the manufacturing process is radically reformed. For instance, the steel industry, which accounts for a large part of industrial CO2 emissions, need to pursue innovative technologies such as “hydrogen-reduction steelmaking.”

On the other hand, while aiming to achieve carbon neutrality, it is still important to secure a stable supply of energy at lower costs on the underlying premise of ensuring safety. From this perspective, we will pursue all available options including renewable energy, nuclear power, hydrogen, and CCUS/carbon recycling.

Concrete policy responses toward 2030 are stipulated in the plan while looking ahead to 2050. As we have less than 10 years left before 2030, we must make maximum use of technologies that are currently available.

Measures to be taken for each energy source toward 2030 are outlined below with utmost efforts required toward achieving S + 3E. 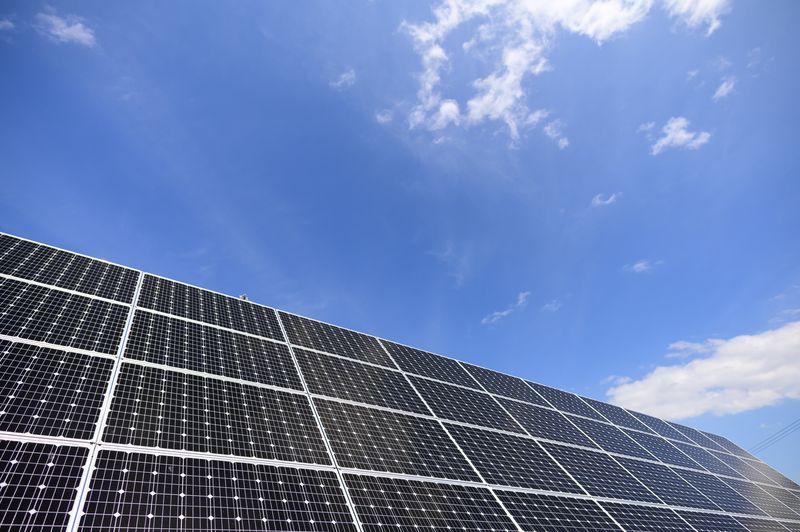 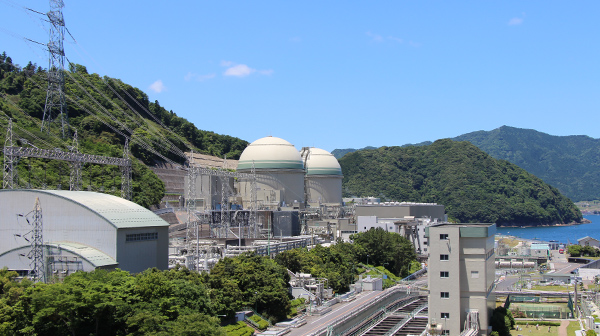 Utmost efforts will be made toward dispelling the people’s concerns with safety given top priority over anything else. On this premise, if the Nuclear Regulation Authority has certified that a nuclear power plant meets the new regulatory standards, we will respect the authority’s judgement and advance the restart of the plant. In doing so, the government will also stand at the forefront toward the restart of the plant to gain understanding and cooperation from stakeholders such as the local municipalities. 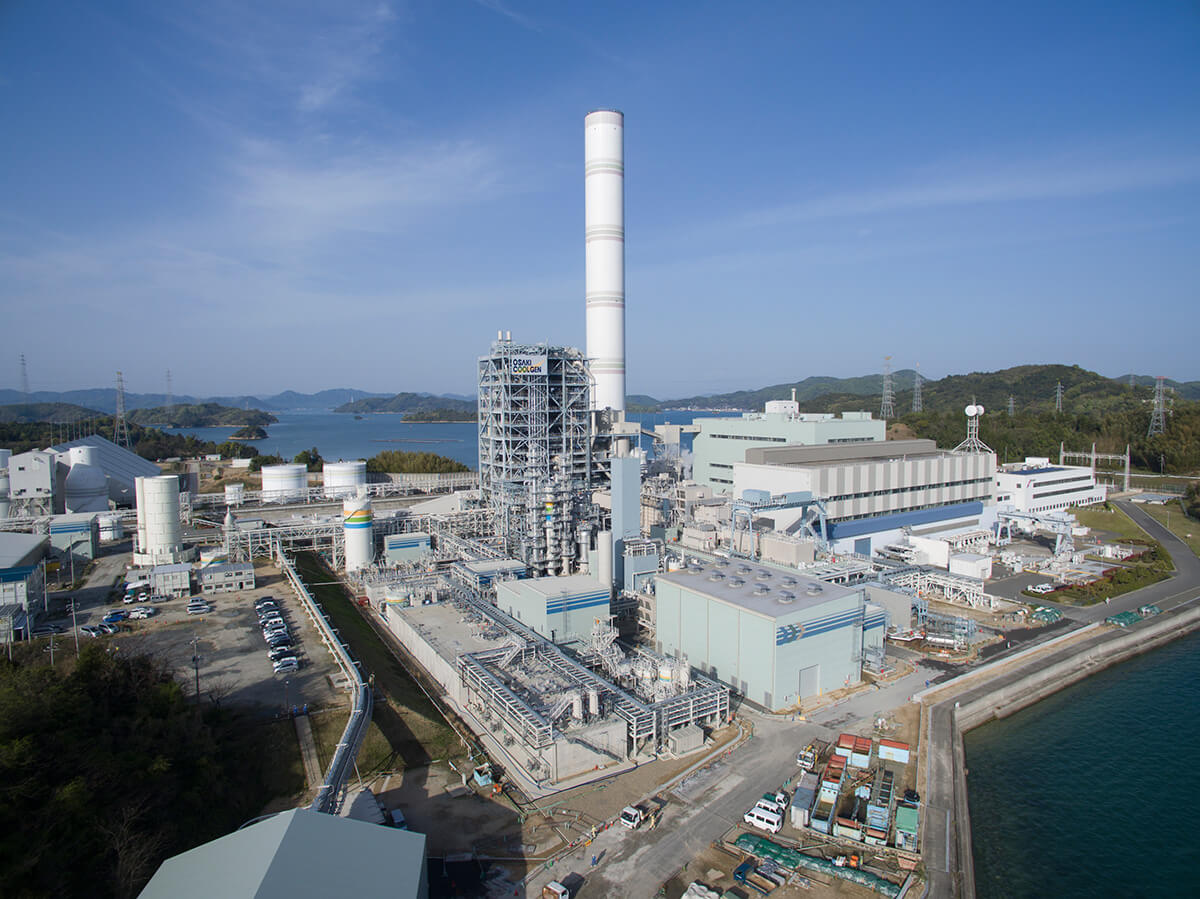 Thermal power is an important power source currently supplying more than 70% of electric power. It also has several functions that contribute to a stable supply of electricity. For instance, it adjusts supply/demand balance of electricity by responding to the fluctuations of output from solar and wind power. Furthermore, it reduces the possibility of blackouts by alleviating sudden frequency fluctuations when power sources are cut off from the power grid due to incidents such as disasters. On the other hand, toward achieving the ambitious target of reducing GHG emissions, we will reduce the ratio of thermal power in the power source mix wherever possible under the condition that a stable supply can be ensured. We will phase out inefficient thermal power facilities while introducing next-generation, high-efficiency equipment. We will also promote measures to reduce CO2 emissions such as switching to decarbonized fuels like hydrogen/ammonia and introducing CCUS/carbon recycling.

Hydrogen/ammonia is given a position as a new resource toward achieving carbon neutrality in the plan, and its public implementation will be accelerated. To this end, supply chains will be built for a long-term, stable supply of a large volume of these fuels toward expanded utilization and dissemination.

In addition to the above, the Strategic Energy Plan proposes steady operation of a generation capacity market, promotion of comprehensive resource diplomacy and enhancement of resilience of the fuel supply structure.

The Plan also stresses the importance of each one of us on the demand side making efforts toward energy efficiency improvement. It aims to strengthen the support for development and introduction of technologies related to energy efficiency improvement, to improve the energy efficiency performance of houses and buildings to be built in and after FY2030, to promote electrified vehicles and to build a highly efficient freight transportation system making use of AI. In order to accelerate these efforts, revising the Act on the Rational Use of Energy is under consideration.

IThorough energy efficiency improvement and expanded use of non-fossil fuels will be advanced based on the new reduction targets in FY2030. An outlook for energy supply and demand in FY2030 is shown on the assumption that various challenges in both supply and demand sides will be addressed in an ambitious manner to meet the targets.

On the major premise of ensuring a stable supply of energy, it is necessary to deliberate on the intensity of a specific measure and the timing of its implementation. For instance, if the use of fossil power sources is suppressed before non-fossil power sources such as renewable energy are sufficiently introduced, a stable supply of electricity may be jeopardized. We therefore must be cautious in addressing such a situation.

The outlook for energy supply and demand in FY2030 (energy mix) is shown below.

The salient points of the new energy mix are described below:

The ratio of renewable energy targeted for power generation in FY2030 is set to double the current ratio.

The ratio of thermal power in the power source mix is to be reduced to the degree possible on the major premise of ensuring a stable supply.

Nuclear power is to account for 20-22% in the energy mix, which is consistent with the previous figures.

Hydrogen/ammonia is to account for 1% of the power source mix in FY2030 as a newly set target.

The new reduction target is more than 70% higher than the previous target, which may not be easy to realize. We are committed to making all-out efforts to achieve the energy mix by directing all available policy measures.